Skip to content
The Good, the Bad and the Ugly
Well so far this year, man what a start to the year.
Brittany has been busy with being president for the fly fishing club. All sorts of things happening there. Me getting healed up from surgery for a broken wrist.
We bought a new house. Boy is it ever perfect for us, a 2 car garage turned into a family room our fly tying room, a big shop in the back yard we love it.

Brittany and I are both learning to Spey cast so we will be ready for the next steelhead run can’t wait to feel the first tug.

We attended the Ellensburg IFFF show with our friend Tom and Jennifer, we got to see a lot of our friend at the show and the four of us had a great time it was an absolute blast. Can’t wait to do it again. 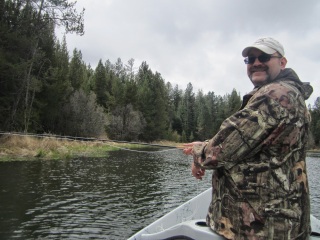 We have been out fishing only a few times so far once to Lake Winchester for a club outing it snowed in the morning but we did catch a few fish, we used a drift boat in the morning and float tubes in the afternoon. Britt and I took turns on the sticks. Doesn’t look like we will get near the trips we had last year but got to go for quality not quantity.

Made a trip to the St. Joe tough fishing during the run off but we did catch a few fish each, Britt hooked in to a nice little 12 inch Cutthroat and had a big old Bull Trout take a swipe at it.  Was a great day trip.

We sold our camper and got a new tent to get us thru until we get a new camper probably in the next year or two.

Took a long weekend trip to the North Fork of the Clearwater / Kelly Creek that turned out to be a different kind of weekend not what I would call great, water was high and cold did catch a few fish some nice ones but managed to lock my keys in the truck while we were there so Brittany can now cross busting out a window of a rig off of her bucket list.
Thing is if you are out in the middle of nowhere often enough you will lock your keys in the rig sooner or later it’s just the way it is. If you have never had it happen count yourself lucky so far but trust me it will. 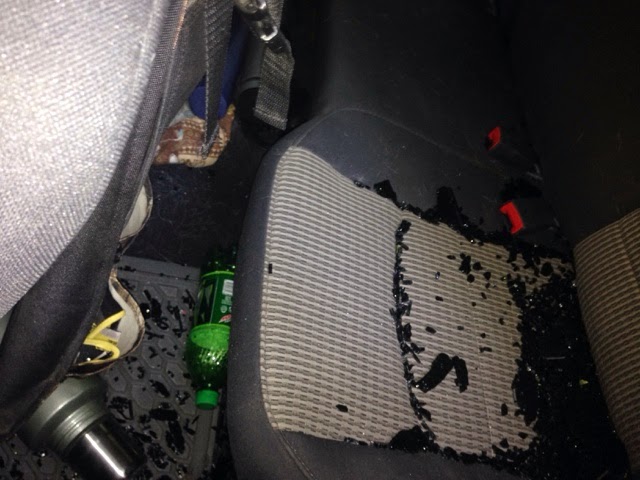 And if you follow Britt on Facebook you know she has won a lot of stuff on there, me not so, well I Would like to thank High Mountain Angler Magazine and Otter net company I was contacted that I have won their giveaway and my silver creek net is on its way from Otter Nets can’t wait to land some big old trout with it.
And then to top off I was just promoted to Detention Supervisor. It’s going to be an interesting summer for sure. Don’t know how much fishing we will get in, not enough, never get enough time fishing. But we will make the best of what time we do get. I promise you that.
Until next time, and it won’t be such a long time in between.
Bent rods and Screaming Drags