Welcome to Hackles & Herl.
Brian and I welcome you to our page! We are just a couple ordinary folks, with a love for all things fish. This page includes various stories about our adventures, articles, interviews and gear reviews.  We hope you enjoy!
Backstory:
Brian grew up split between Kentucky and Michigan. When he was stationed in Germany with the US Army, he continued to teach himself how to tie flies.  While living in Michigan, he fished bass tournaments and used fly fishing as an escape from the seriousness that goes with fishing for money.
I (Britt) grew up in Northern Michigan. I didn’t fish much as a kiddo, just off the dock sometimes at my Auntie and Uncle’s home on the river. But growing up on the Great Lakes instilled in me, a love of the water from an early age.
Fast forward:
In 2008 we embarked on a cross country journey in hopes of finding work. We settled down in the LC Valley (Lewiston, Idaho) and have been here ever since. In 2012 we got hooked up with the local fly fishing club. At this point, we had lived in Idaho for about 4 years, but just hadn’t had the time or funds for hobbies since the move. I signed up for the Women’s Fly Fishing Clinic that fall and we hit the rivers hard that summer. According to Brian, fly fishing in Idaho was a world different than fishing back east-there is just so much State and Federal land as opposed to mostly private.   We truly are fortunate have landed in such a spectacular place. It’s certainly not just the potato fields that the Easterners think it is…
We mostly fish in the mountains of central Idaho-high up on the ID-MT border, for our beloved westslope cutthroat trout.  We have started making a yearly trek to the famed Henrys Fork each year to test our skills against the PhD trout there. Our lil “cabin on wheels” loves the adventure and is willing to go most anywhere we want to explore.   We have dabbled with steelhead on the Clearwater River, but haven’t caught “the bug” quite yet.  We are hoping we can do more steelhead fishing in the coming years-runs permitting.
During the winter months, we tie flies in preparation for the next year, and have been demo tying at various fly fishing shows across the PNW.   This past year, we proudly joined the Norvise Team as ambassadors, and will be demo tying on our Norvises at the shows this year.  If you haven’t checked out a Norvise yet, give one a spin and you’ll be hooked!  In the future, we are hoping to start offering some fly tying lessons to folks in town that might be interested.
A bit more:
We joined Kelly Creek Flycasters (KCF) in 2012.  I (Britt) served on the Board of Directors for 4 years, serving as the first female President for 2 of those years. Brian was on the Board of Directors for 2 years.  Throughout those years, we’ve helped put on our local fly fishing show, the North Idaho Fly Fishing Expo.  If you’ve never been to a fly fishing show before, I strongly encourage it! The wealth of information is simply amazing.   In 2016, I (Britt) was awarded the clubs Bill Alspach Fly Fisher of the Year award. During our time with the KCF, we both helped mentor at the womens fly fishing clinic in the fall, and helped with the Juvenile Corrections fly fishing program, among other club duties.
In 2017, both Brian and I took on the challenge of the Fly Fishers International Bronze Fly Tying Program.  Our flies were evaluated by Jim Ferguson out of Oregon.  He was able to sit down with us at the Ellensburg Fly Fishing Expo and walk us through each and every fly.  Probably one of the coolest experiences ever, to have a Buszek Award winner critique your tying, and make suggestions.  Our flies were then passed on to the now late, Frank Johnson for final review.  Frank , another Buszek Award winner, was one of those guys that I most enjoyed visiting with at the shows. He reviewed them, and we passed with flying colors.   Next winter we hope to tie for the Silver Level.   Its just a piece of paper-which no one really cares about— but the process is where the true benefit lies.  It really forces you to slow down your tying, and fine tune your craft.

Until next time, shoot straight and tight lines. 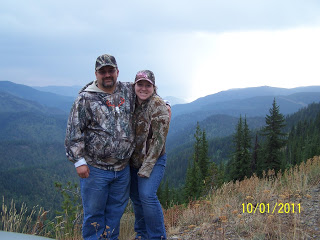